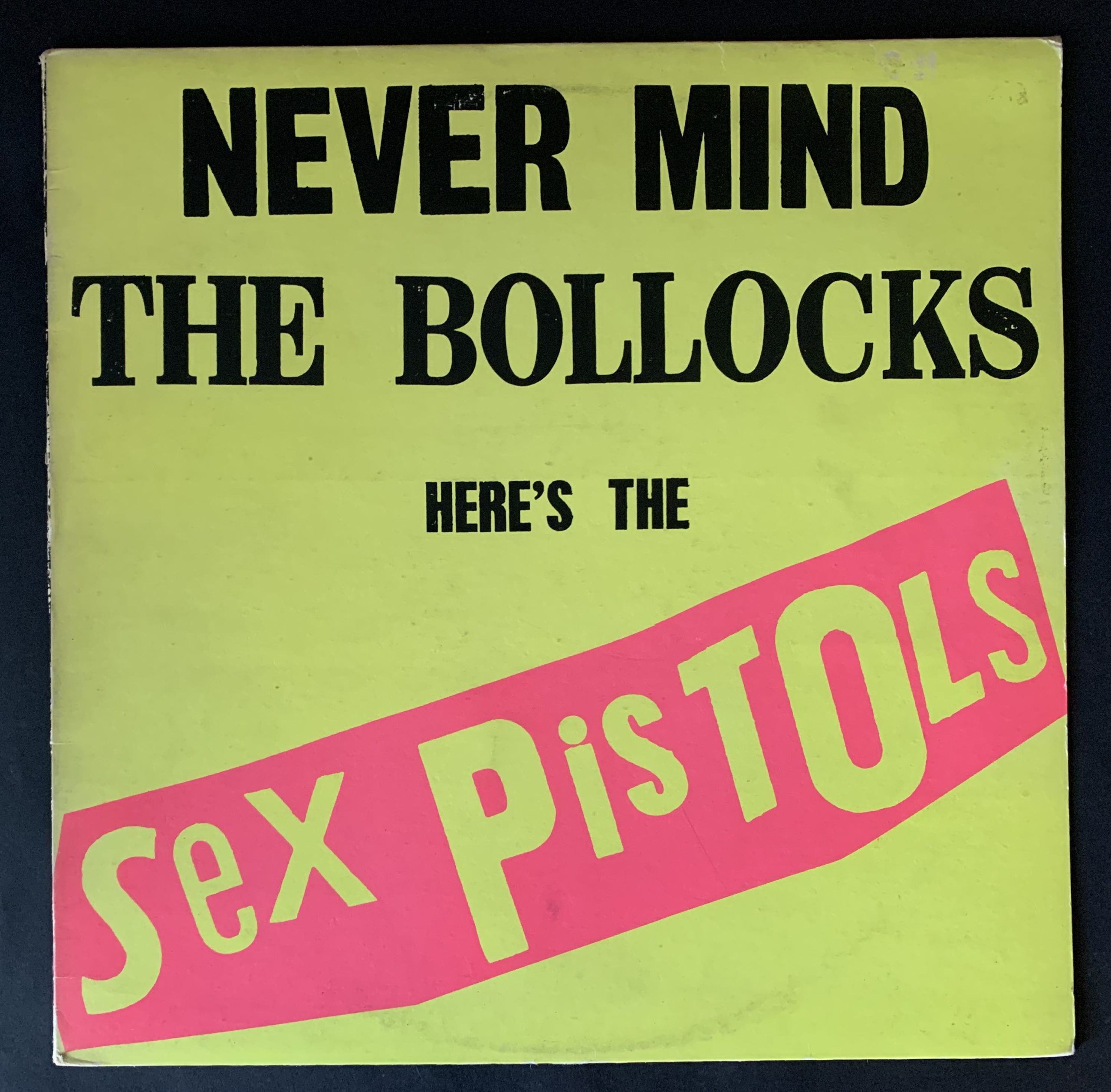 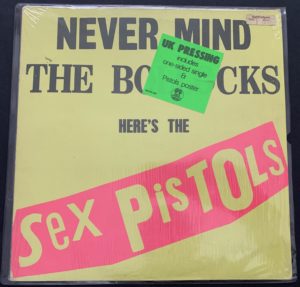 The pressing history of the Sex Pistols sole LP (Swindle doesn’t count) is as complicated as their singles history, not to mention the band’s relationship with record companies…Dropped by E.M.I after 1 single, dropped by A&M (nothing released -apart from a £10K+ withdrawn single) …and eventually signed to Virgin for an LP and 3 singles.

McLaren, for all his faults as a manager, was clever enough to sign the band to different record labels in separate territories. Amidst the chaos the first release of Never Mind the Bollocks was NOT in the UK but Belgium and France. Barclay, the French distributor, was quick to heavily import copies to the UK.

To retaliate Virgin pressed an 11-track version of the LP in late October. However, this omitted the 12th track Submission, the tracks were also in a different running order to the agreed (& licensed) UK version. While some sources claim this was intended as a promo, it retailed in the UK and was exported to France and even the USA. To add to the chaos McLaren anarchically bootlegged the band’s demos as Spunk, before Virgin’s UK release date of 4th November. While Virgin defended their territory they also didn’t want to miss a single Pistols related sale and one ex-Virgin employee told me he was bulk ordering Spunk directly from McLaren to sell in their retail shops. Anarchy in the UK- total chaos more like 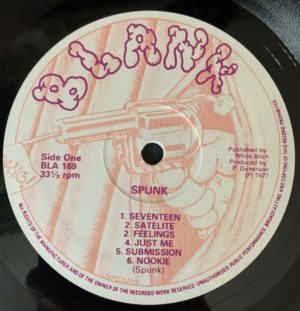 The UK 11-track version was available for a short period before the LP was remastered and recut with 12 tracks – in the correct running order. Although the 12 version is now regarded as the official running, the 11-track original remains an intriguing collector’s item given the importance of Pistols sole LP as a cultural artefact of the period, if not one of the most important LPs ever released in the UK.  I’ll happily drink anyone under the table, at their expense, who wants to argue otherwise.

11 Track Side 1: Holidays in the Sun, Liar, No Feelings, God Save the Queen, Problems

12 Track Side 1: Holidays in the Sun, Bodies, No Feelings, Liar, God Save the Queen, Problems 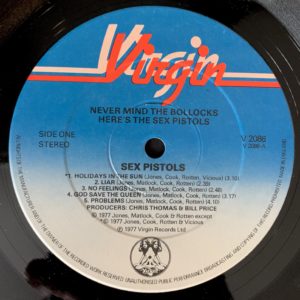 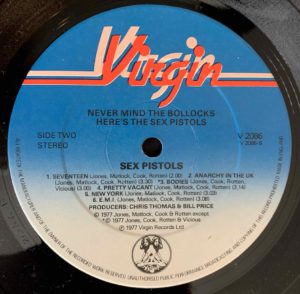 Side 1: Seventeen, Satelite (sic), (No) Feelings, Just Me, Submission, Nookie

Side 2: No Future (original title of God Save the Queen), Problems, Lots of Fun (Pretty Vacant), Liar, Who Was It (E.M.I), New York (Looking for a Kiss)

Side 1 are July 1976 demos recorded with Dave Goodman. Nookie: Anarchy in the UK is the rejected version of their 1st single recorded in October 1976 (replaced with a new recording with Chris Thomas). Side 2 is more Dave Goodman demos from January 1977.

To complicate the matter further there’s all the different packaging….Firstly, there were covers with plain pink backs and versions with a Jamie Reid designed back cover depicting 11 songs titles. Both versions are considered “original”. 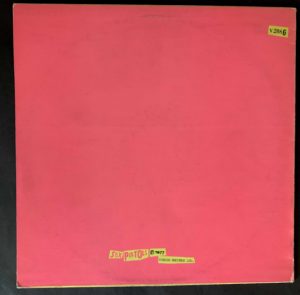 Then came the Spots issue which would now be considered a “super deluxe” package. This came with a Jamie Reid designed poster (also sent to record shops for display) plus a one sided 7-inch single of the omitted track Submission. Despite also being sold in Virgin retail shops in generic Virgin Union Jack sleeves, the 7 inch of Submission is not considered as one of the band’s singles releases. 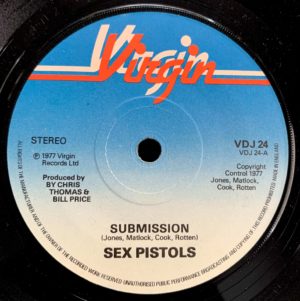 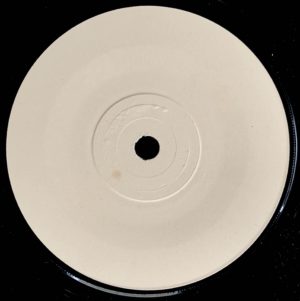 There are plenty more collectable variants of the original UK issue and international pressings of this LP – but PoPT will stop here.

Sex Pistols Stock : click on links below to navigate to individual items

• Sex Pistols Anarchy in the UK : 1976 1st press/ promo/ mispress with C.Thomas credits on both labels