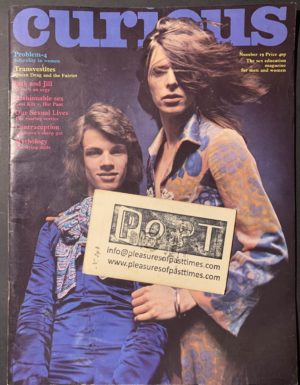 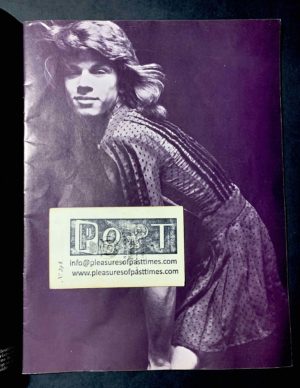 This relates to Bowie’s brief, post  Space Oddity, Arnold Corns project. He spotted  &  approached  (should that read  talent scouted & cruised?) Freddie  Buretti at El Sombrero club, a disco near Victoria Station in London. He fashioned Arnold Corns,  a vehicle for pop-stardom, for Freddie ne  Rudi Valentino that was bounded to fail. Only one  single  was  released at the time: Moonage Daydream/ Hang Onto Yourself , both penned and produced by Bowie. Although more allegedly radio material & /outtakes/demos exist (with Bowie, not Freddie, singing most of the material).  Listen to the complete Arnold Corns demos here 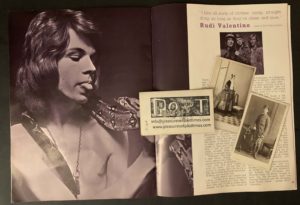 Both of these songs  reappeared on Bowie’s  breakthrough LP Ziggy Stardust & the Spiders From  Mars…as would Buretti, but not in a musical capacity.  Instead, he created  Bowie’s most outrageous stage outfits of  the period- combining elements Kubrick’s interpretation of Burgess’ A Clockwork Orange with Burroughs Wild Boys.

Instead of  modelling one of Buretti’s creations for the cover of Curious,  Bowie wore his infamous Mr Fish  “man-dress” that he   sported on the (UK only)  cover of  The Man  Who Sold The World LP . At the time,  this was refereed to as “gender bending”,  a term so brilliantly out-dated, that it needs repeating without apology. Fish opened his  boutique in  1966 – 17 Clifford Street, Mayfair with the  byline : “Peculiar to Mr. Fish”.  Mick Jagger also wore a Mr Fish ‘man-dress’ for The Rolling Stones’ Brian Jones memorial concert at Hyde Park on 5th July 1969. 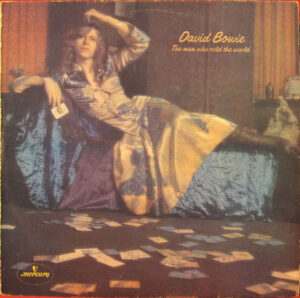 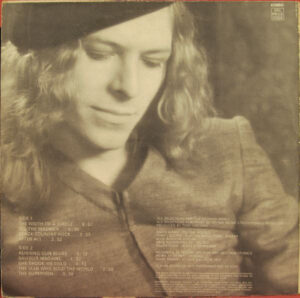 Despite being openly gay, Buretti’s and his muse/girlfriend Daniella Parmar provided “The Bowies”- both Angela and David – with a blue print (androgyny, peroxide hair, shock  value) for David’s next incarnation – Ziggy.  Interesting times and  even more interesting people. There’s been a  documentary made about Buretti, but good luck finding a screening… 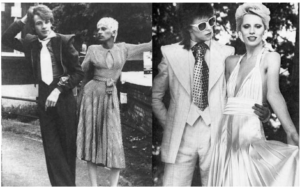 Deliveries in the UK will be received within 7 days.

Deliveries outside of the UK will be received within 14 days.

Prices of delivery are priced individually to the item and location.

email info@pleasuresofpasttimes.com for a return address.

We’ll refund the price you purchased your item at, please refer to full T&C link below.

Your items will be refunded and processed within 10 days of the item return.

We all hate postage charges, but we will never charge for our time and we will calculate the postage fairly.

At checkout, you will pay for your goods but NOT the postage.

We will package your goods and then contact you with the appropriate options.

Once you’ve chosen how you’d like the items to be sent, we will issue a postage invoice.